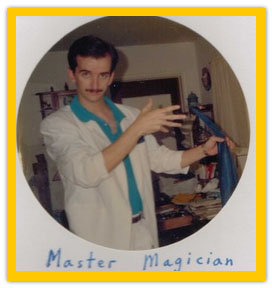 I have been performing magic professionally since 1977 across the Southeast. I have been fortunate to have been trained by some of the best magicians in the world and am constantly adding new material to my shows.

I have been a featured entertainer at birthday parties, schools, libraries, company picnics, conventions, church banquets, and corporate parties, averaging over 400 shows each year.

My close up work is fun and amazing, leaving audiences asking, “How did he do that?” Stage shows, which involve audience volunteers, a little bit of stand up comedy, and good clean fun are always a big hit. I have performed all over the country and have had the privilege to travel to Seoul, South Korea to amaze audiences in that beautiful country.

I am a member of the International Brotherhood of Magicians, the Georgia Magic Club, and was a charter member Kidabra International, the world’s first and largest organization for children and family performers. In 2004 I was selected as the Greater Atlanta Magician of the Year, and in 2008, I won the prestigious J.C. Doty Excellence in Stage Magic Award! 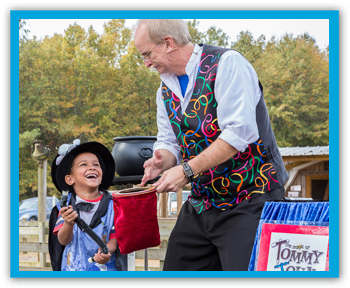 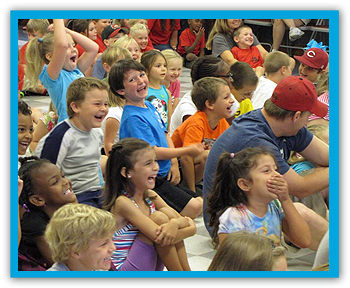